Sony Pictures has released the final trailer and poster for Jumanji: The Next Level, the sequel to 2017’s blockbuster hit, Jumanji: Welcome to the Jungle, out in cinemas nationwide on 11 December 2019. Previews on 7 & 8 December 2019.

In Jumanji: The Next Level, the gang is back but the game has changed. As they return to Jumanji to rescue one of their own, they discover that nothing is as they expect. The players will have to brave parts unknown and unexplored, from the arid deserts to the snowy mountains, in order to escape the world’s most dangerous game. 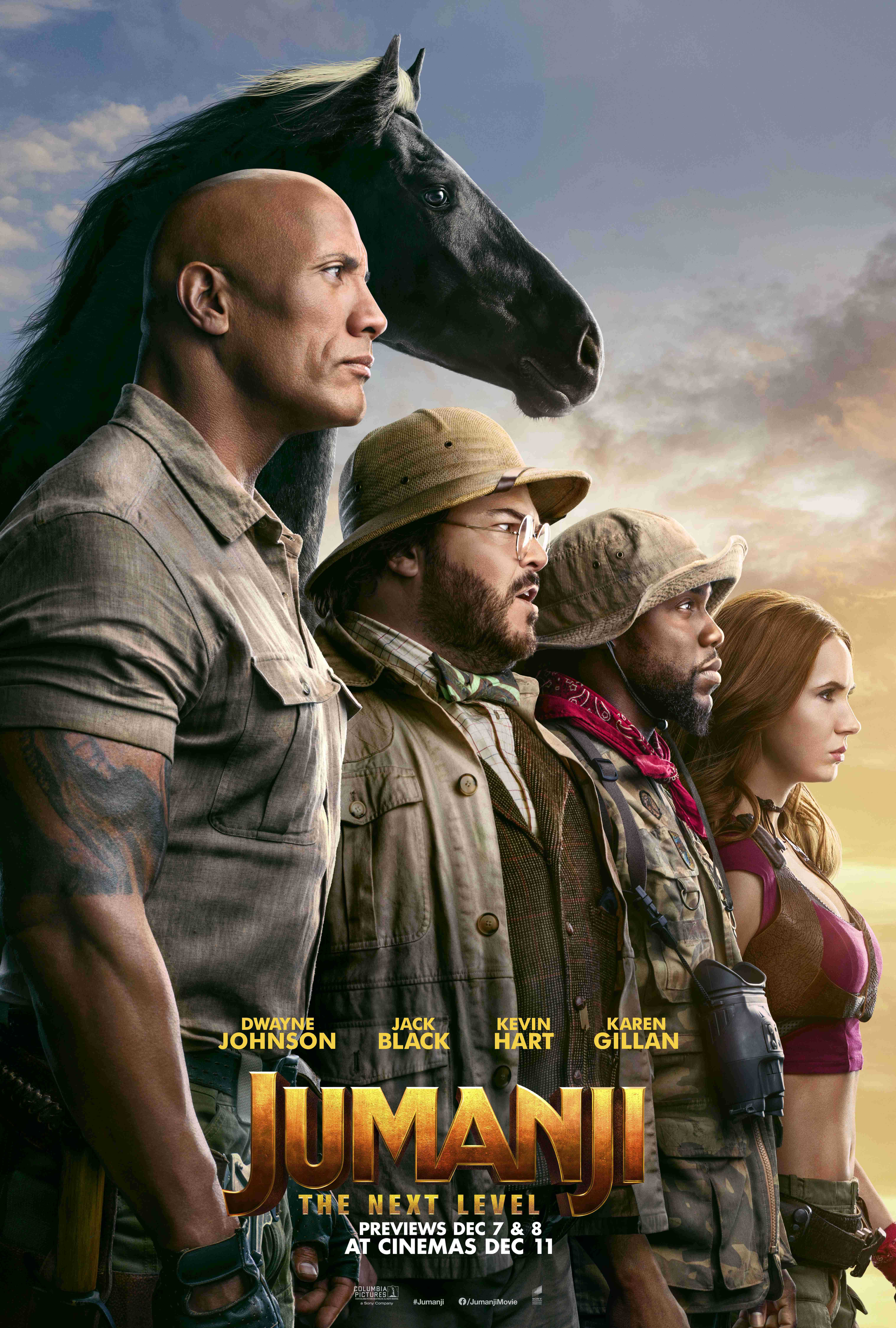