Dupont‘s classic drama has been digitally restored by the Deutsche Kinemathek with generous support from the Sunrise Foundation for Education and the Arts.

The Ancient Law is a hugely important piece of German-Jewish cinematic history, contrasting the closed world of an Eastern European shtetl with the liberal mores of 1860s Vienna. With its historically authentic set design and ensemble of prominent actors – all captured by cinematographer Theodor Sparkuhl – The Ancient Law is an outstanding example of the creativity of Jewish filmmakers in 1920s Germany. 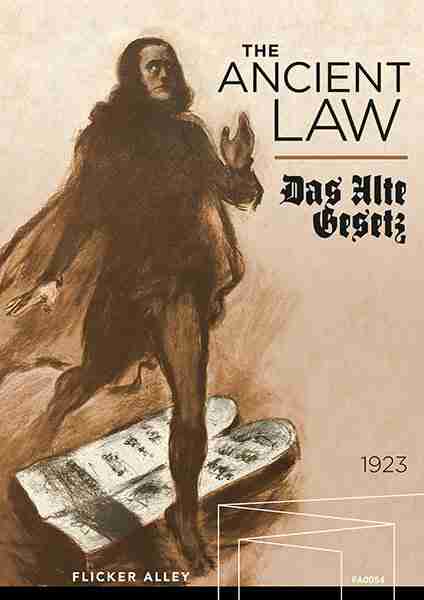 In the film Baruch (Ernst Deutsch), the son of a rabbi, becomes fascinated by the theater. Against his father’s wishes, Baruch leaves home and finds his way to Vienna, where an archduchess at the imperial court (Henny Porten) falls in love with him. She becomes his patroness, facilitating his successful career as a classical actor. But Baruch continues to long for home, and must find a way to reconcile his religious heritage with his love of secular literature. The movie paints a complex portrait of the tension between tradition and modernity.

With this newly restored version – closely corresponding to the original German theatrical release both in length and digitally simulated colour – cinephiles can now experience a film fundamental to German-Jewish history in its most complete form since 1923.

Der Film im Film (Germany, 1923) – the only surviving excerpt of a documentary on film production in Weimar Germany, featuring the different personalities of several famous directors of the era at work on the set including Fritz Lang, Robert Wiene, and Dupont.

Insights into the Restoration – A 15-minute demonstration with raw scans of the different nitrate source materials, illustrating how the reconstruction was completed.

Essays on The Ancient Law –  A booklet containing two essays: an appreciation of the film and its historical context, written by film historian and scholar, Cynthia Walk; and an overview of the restoration process by Daniel Meiller, Head of Audiovisual Collections, Deutsche Kinemathek.

Notes on the Film Music – Introductions to the two new musical scores commissioned for the restored film.