A WORLD TO WIN: A CENTURY OF REVOLUTION ON SCREEN

Marx proclaimed that the proletariat had “a world to win”. In the centennial year of the Russian Revolution Kino Klassika Foundation hosts a major season of cinematic masterpieces, workshops and curated talks, which investigate that very world on the brink of profound change. The season explores the revolutionary spirit as seen through the camera lens. A World to Win considers films, directors, people and ideas which may shape this century’s vision.

‘A World to Win’ opens with the iconic film the Russian Revolution inspired, Eisenstein’s Battleship Potemkin.

The film will be accompanied by acclaimed BBC Radio 3 late show presenter Max Reinhardt and the Instant Orchestra.

Professor Ian Christie, curator of A World to Win says:

‘Ever since Eisenstein’s Battleship Potemkin terrified the Western establishment, films have been a potent way to rally revolutionary feeling. This centenary of the Russian Revolution is a good time to revisit some of the most urgent and inflammatory films that have challenged tyranny and proclaimed the hope of a new order’.

A World to Win then goes on to examine a century of revolution on screen.

‘I’m delighted, excited and honoured to be creating this live soundtrack to Potemkin. Eisenstein saw his radical montage technique working in line with Marxist dialectic, a perpetual conflict in which a force rocks up against a counterforce to produce a totally new and greater phenomenon (synthesis). The Instant Orchestra is made up of similar dialectics: musician and non-musician; it is a totally, improvised and instant accompaniment to an amazingly complex and iconic film legend’.

The highlight of A World to Win is a rare screening of the once-banned Soviet film commissioned to commemorate the 50th anniversary of 1917, Larisa Shepitko and Andrei Smirnov’s Beginning of an Unknown Century.

Scheduled on 8 March, International Women’s Day – we both celebrate the only film in the season to be directed by a woman, and showcase this little known but powerful director’s revolutionary vision.

Dr Maria Korolkova, curator of A World to Win says:

‘It may seem ironic, but there cannot be a more relevant time to show this collection of revolutionary films. We enter 2017, the year of the centenary of the Russian Revolution, with a sense of mass upheaval and rejection across cultures and continents. Questions posed by the great directors in the films we show over the next months can easily be applied to our lives Whether you want to simply enjoy these cinematic masterpieces on the big screen – or draw conclusions – is left to you, the audience, to decide’. 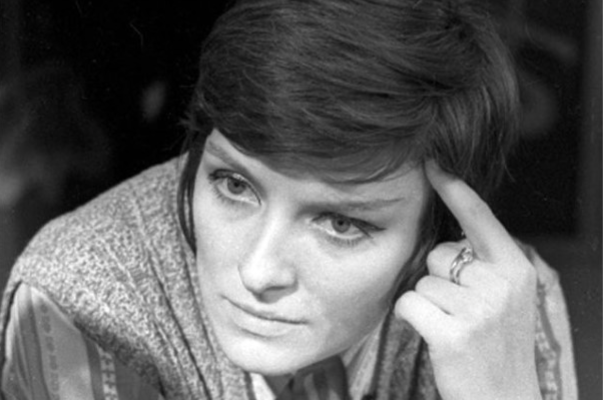 A World to Win screens at London’s iconic Regent St Cinema, and then at other venues across the UK from Friday 17 February 2017 and pays engaging and rigorous tribute to the moment in history out of which these films were born.

The programme is complemented by a series of curated talks and special events across London and the UK. These include introductions, Q&As and workshops with film directors, screenwriters, academics and cultural commentators including potentially Sally Potter, Christopher Hampton, Ken Loach, Bernardo Bertolucci, China Mieville and Tariq Ali.

The program will culminate in the Kino Klassika landmark screening of October: Ten Days that Shook the World, with the London Symphony Orchestra at the Barbican Centre on 26 October 2017, 100 years to the day after the start of the Bolshevik Revolution.

The A World To Win programme is curated by Professor Ian Christie, Dr Maria Korolkova and Justine Waddell of Kino Klassika Foundation.