Following on from our look at the year’s best theatrical releases, we now turn our gaze to home entertainment and pick out what we believe are the best Blu-rays, DVDs and Box-set releases to have graced the shelves over the last 12-months.

Unavailable for years and greatly sought after, Edward Yang’s A Brighter Summer Day – arguably the finest work of Taiwanese cinema – was one title in particular that really whet the appetites of many when it finally arrived on Blu-ray back in March.

Set in early 1960s Taiwan, and based on the true story of rival youth gangs that shook the nation, the film centres on the gradual, inexorable fall of a young teenager from innocence to juvenile delinquency, set against a simmering backdrop of restless youth, rock and roll, and political turmoil.

Presented from a new 4K digital restoration, with the original uncompressed monaural soundtrack and a multitude of bonus features, The Criterion Collection’s impeccable release does full justice to Yang’s often sprawling and often intimate masterpiece.

For a number of years now Studiocanal’s Vintage Classics series has consistently delivered some of the most exciting and anticipated British films and rediscoveries on the home entertainment format.

With the likes of The Man Who Fell To Earth, Pink String and Sealing Wax, Pool of London, The Lion in Winter, The Small World of Sammy Lee, The Blue Lamp, Scott of the Antarctic, The Sound Barrier and The Fallen Idol, their 2016 output was certainly no exception.

8. The Emigrants + The New Land

The Criterion Collection excelled themselves yet again with another extraordinary release highlighting two rarely seen masterworks of cinema, this time in the form of Jan Troell’s monumental mid-nineteenth-century epics The Emigrants and The New Land.

Over the course of the two films, Troell’s sweeping adaptation of Vilhelm Moberg’s The Emigrants quartet charts a poor Swedish farming family’s arduous and emotional emigration from Småland to Minnesota and their efforts to establish a new life in the beautiful but forbidding new world.

Vast in its scale, yet rendered with such precision and delicacy, Troell’s engrossing films are nothing short of breathtaking, led by two exceptional performances from Max Von Sydow and Liv Ullmann as Karl-Oskar and Kristina, the young couple at the heart of the piece. 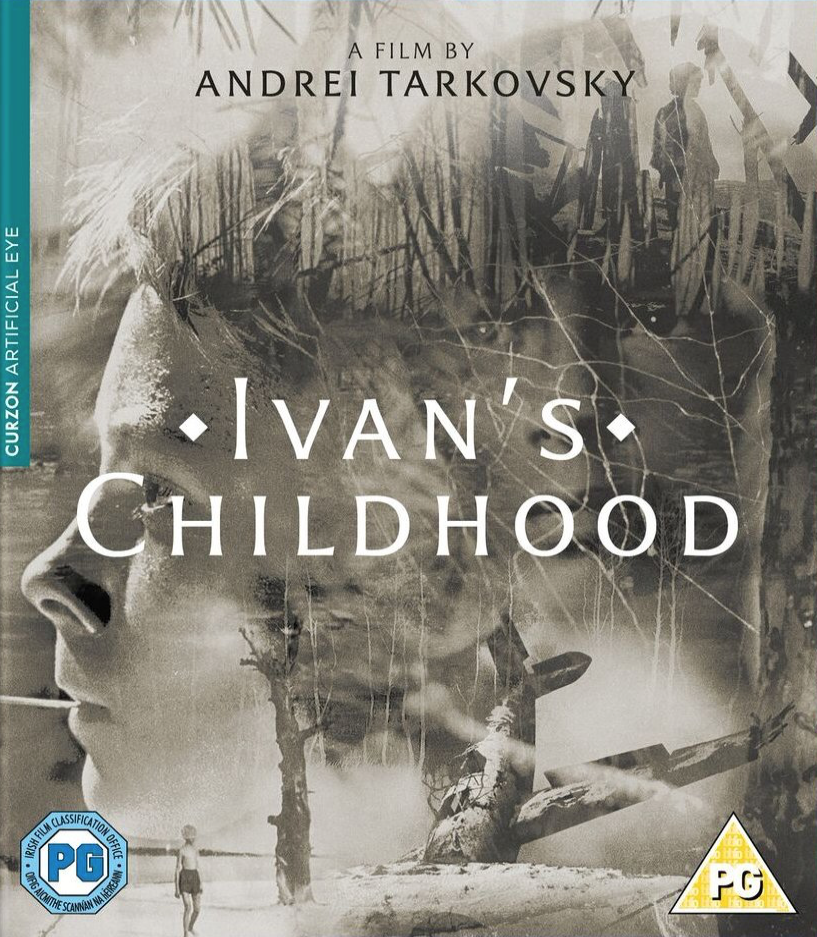 Released between July and September, Artificial Eye’s series of all 7 films from the Russian master Andrei Tarkovsky saw some of cinema’s greatest works restored and released on Blu-ray for the very first time in the UK.

Ivan’s Childhood was a particular highlight, but it would be unfair to single out just one film when all the other releases were equally as impressive.

All featuring lengthy booklets and some nice bonus features, Ivan’s Childhood, Andrei Rublev, Mirror, Stalker, Solaris, Nostalgia and Sacrifice are absolute must own additions to any good film collection. 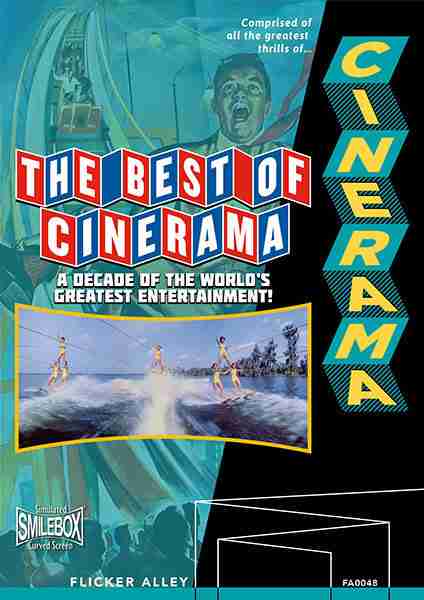 6. The Best of Cinerama

When Flicker Alley released the first of their now impressive collection of Cinerama titles This Is Cinerama back in 2012 – in celebration of the 60th Anniversary of its premiere – it gave modern day audiences a fascinating flavour of the curved, widescreen ‘SmileBox’ motion picture experience that would forever change the shape and sound of movies.

Their most recent release, The Best of Cinerama, brings together over 30 of the series’ most fascinating and visually alluring highlights, beginning with the Sabre Jets Precision Flying team from Search For Paradise and whisking viewers through some of the most immersive thrills from This Is Cinerama, Cinerama Holiday, South Seas Adventure and Seven Wonders of the World.

From the famous roller coaster ride (newly restored for this release) to a boat trip down the Ganges River at Benares, the Marian Year Celebration at St. Peter’s Square in Rome (featuring the first commercial motion-picture footage of Pope Pius XII) a visit to La Scala, Milan, for Aida and whistle-stop trips to Paris, Vienna, Athens, India, Brazil, Japan, Africa, Israel, and New Orleans, this is yet another essential and culturally significant release from Flicker Alley. 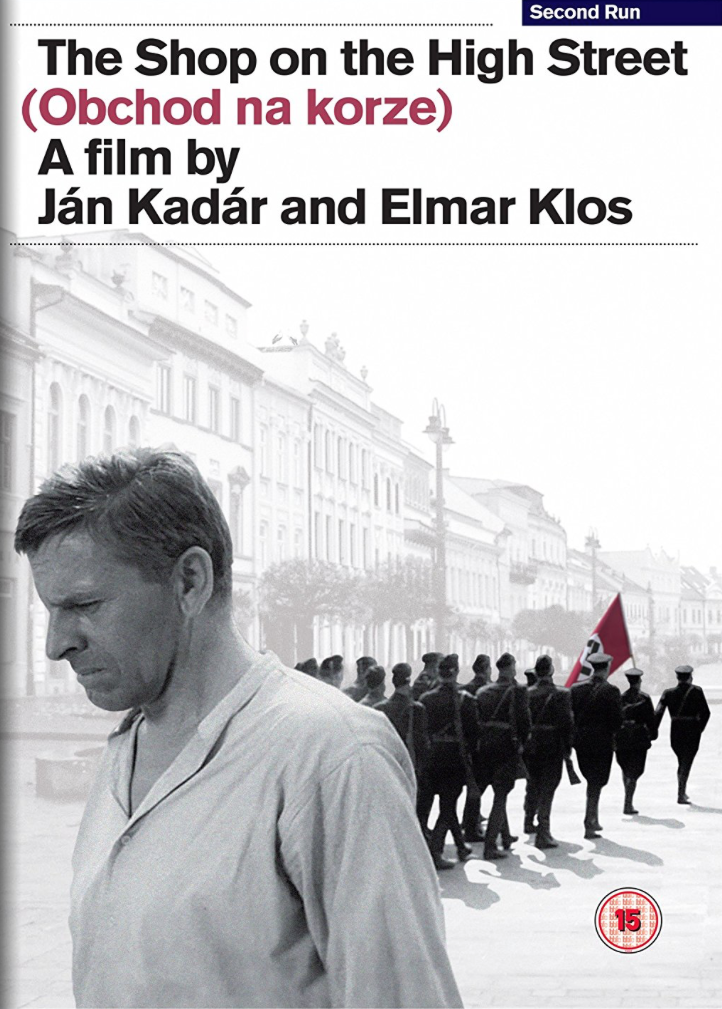 5. The Shop on the High Street (Obchod na korze)

Another highly sought after title long missing from the UK home entertainment canon, Ján Kadár and Elmar Klos’s Academy Award-winning The Shop on the High Street (Obchod na kore) (Best Foreign Language Feature, 1965) is one of the most powerful and important works of its era; a cornerstone of the Czech New Wave and a harrowing morality tale of common lives disturbed and destroyed by the travesties of war.

Made near the height of Soviet oppression in Czechoslovakia, The Shop on the High Street follows the tale of Tóno Brtko, a poor carpenter appointed by his Nazi brother-in-law to be ‘Aryan controller’ of an elderly, near-deaf and partially sighted Jewish widow Rozalie’s button shop in the Nazi-occupied Slovakia of 1942. Failing to comprehend the implications of the Aryanization regulation, and believing Tono is simply her new assistant, the two develop a tentative friendship as Tóno attempts to mask his complicity and protect her from the encroaching Nazi horror.

It is a complex and often scathing examination of loyalty, betrayal, cowardice and heroism, and Second Run’s long-awaited release – using a brand new HD transfer of the film – is no less than essential.

2016 has been another bumper year for Second Run and their releases of People of the Mountains, Electra, My Love and Three Wishes For Cinderella are all equally deserving of mention.

4. Dekalog (and other television works)

Running at nearly 10-hours in its entirety, Krzysztof Kieślowski’s probing and deeply observant ten film series is without doubt one of the most majestic film works of the late 20th Century (even if it was made specifically for Polish TV).

Told in Kieślowski’s familiar melancholic style, Dekalog is a sprawling psychological and philosophical achievement, set almost entirely within or around a large housing project in Warsaw and using each of its ten standalone stories to examine the consequences arising from a breach of one of the Ten Commandments.

Featuring a 4K restoration of all ten episodes, presented in their original broadcast aspect ratios and with the original Polish mono soundtrack – accompanied by a mammoth 128-page collector’s book and virtually all of Kieślowski’s television work – this is one release you’d be insane not to snap up immediately!

Clocking in at an impressive 9-hours in length, Masaki Kobayashi’s rarely-seen, three-part war epic – adapted from the novel by Junpei Gomikawa – once again stands firm as of the towering masterpieces of world cinema.

The powerful tale of ardent pacifist, Kaji, a young man coming of age during the aggressively militaristic 1930s and 40s, Kobayashi’s searing triptych is a poignant and unflinching examination of morality, psychology and the true nature of the human condition.

2. Man with a Movie Camera (and other works by Dziga Vertov)

Presented in a new restoration from Amsterdam’s EYE Film Institute and Lobster Films, alongside a selection of other lesser-known works by Vertov, this Limited Edition 4-disc set from Eureka Entertainment and The Masters of Cinema Series is an essential release for any cineaste worth their stripes.

A dazzling documentary portrait of the developing Russia of the 1920s, Vertov’s masterpiece completely redefined the possibilities of cinema, incorporating a mind-boggling array of cinematic devices and pioneering new techniques to capture the city in the most unique, experimental and sophisticated way possible.

One of the most anticipated and sought after home entertainment releases of one the greatest achievements in cinema … and it certainly did not disappoint.

Let us know what you think below. What were your favourite home entertainment releases of the year?