March 2017 looks set to be a huge month for Arrow Academy with a wealth of fascinating releases from around the world in the UK, whilst also seeing the label officially launch in the US and Canada with Cinema Paradiso and four of the titles mentioned below

Luchino Visconti’s epic masterwork Ludwig (also US & Canada) comes to Dual Format early in the month, dominated by Helmut Berger in the title role of King Ludwig II of Bavaria. Berger leads an impressive cast in this opulent, sprawling tale which is presented in a 4K restoration from the original camera negative. Released on the same day is another 4K restoration of an Italian gem, the darkly comic Property is No Longer Theft (also US & Canada), directed by Elio Petri, which sees a young bank clerk pursue a campaign of torment against his town’s butcher as he steals his possessions one by one.

Story of Sin (also US & Canada), meanwhile, is the only film made in Poland by Walerian Boroczyk and explores l’amour fou as a young woman follows her beloved to Rome and falls prey to the infatuations and lusts of a band of noble admirers, unsavoury criminals and utopian do-gooders. The Arrow Academy Dual Format release shows off a 2K restoration, brand new subtitle translation and 2K restorations of Boroczyk’s Polish shorts.

March 2017 also sees something a little different come from Arrow Academy, with the Dual Format release of The Creeping Garden (also US & Canada), a feature-length documentary that plays out like a real-life sci-fi film, exploring the fascinating world of plasmodial slime mould. Co-directed by the artist film-maker Tim Grabham and author and film critic Jasper Sharp, with an original soundtrack composed by celebrated musician and producer Jim O’Rourke, The Creeping Garden is a unique exploration into a hitherto untapped subject matter, immersing the viewer within the worlds of the observers and the observed.

Also out in March are two more of Arrow Academy’s stunning Woody Allen Blu-rays, with the celebrated September and Another Woman (both UK only)showing of some of the director’s best collaborations with leading ladies Mia Farrow and Gena Rowlands.

Ludwig. He loved women. He loved men. He lived as controversially as he ruled. But he did not care what the world thought. He was the world.

A string of masterpieces behind him – including Ossessione, Senso, The Leopard and Death in Venice – the great Italian director Luchino Visconti turned his attentions to the life and death of King Ludwig II of Bavaria in 1972, resulting in an epic of 19th century decadence.

As opulent as any of Visconti’s epics – Piero Tosi’s costume design was nominated for an Academy Award – Ludwig is presented here in its complete form in accordance with the director’s wishes and features the English-language soundtrack for the first ever on home video. 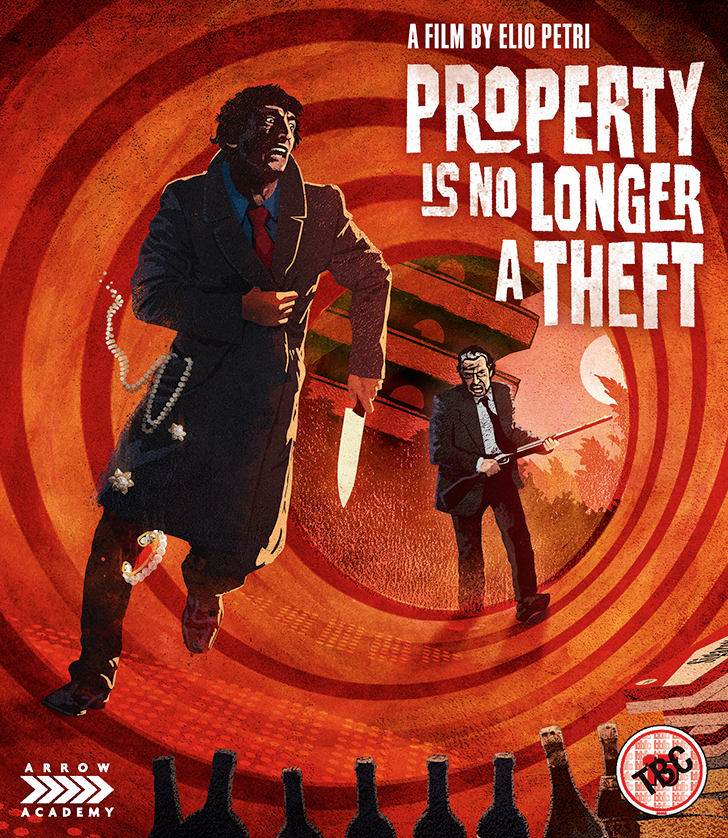 Property is No Longer a Theft

Having tackled the corrupting nature of power with Investigation of a Citizen Above Suspicion and taken an angry, impassioned look at labour relations with The Working Class Goes to Heaven, Italian master Elio Petri next turned his attentions to capitalism for the darkly comic Property is No Longer a Theft.

A young bank clerk (Flavio Bucci, the blind pianist in Dario Argento’s Suspiria), denied a loan by his employer, decides to exact his revenge on the local butcher (Ugo Tognazzi, La Grande bouffe) who is not only a nasty, violent, greedy piece of work but also one of the bank’s star customers.

Quitting his job, the clerk devotes all of his time tormenting the butcher, stealing his possessions one-by-one, including his mistress (Daria Nicolodi, Deep Red).

Told in an off-kilter fashion by Petri, abetted by the woozy sound design and another outstanding score by Ennio Morricone, Property is No Longer a Theft presents a caustic, blackly comic look at a corrupt society. 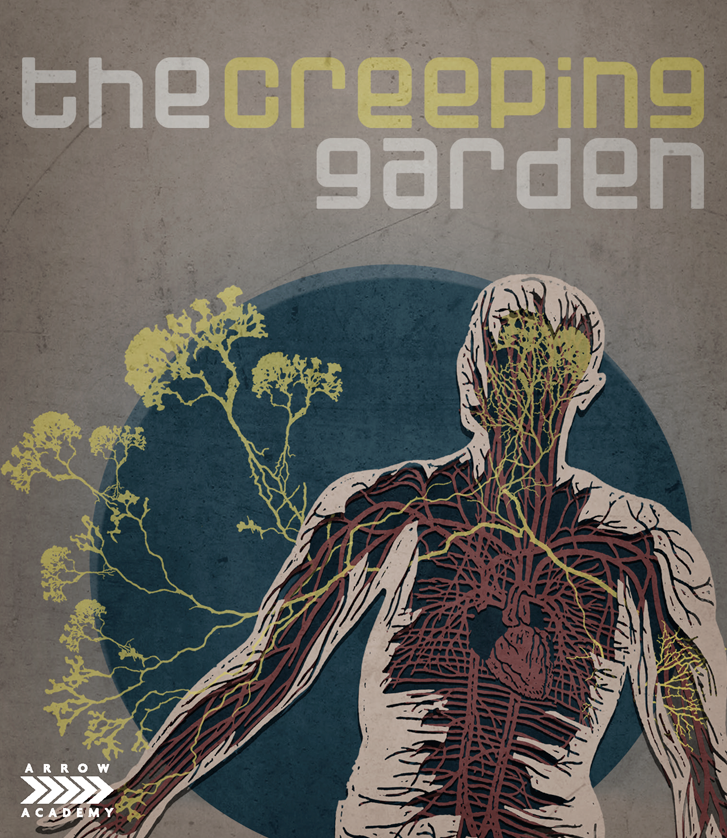 The Creeping Garden is an award-winning feature-length creative documentary exploring the extraordinary world of the plasmodial slime mould as revealed through the eyes of the fringe scientists, mycologists and artists who work with them.

Long overlooked by biologists, in recent years this curious organism has become the focus of much research in such areas as biological-inspired design, emergence theory, unconventional computing and robot engineering, much of which borders on the world of science fiction. The film transports us from the laboratory into its natural habitat, depicting these otherworldly lifeforms using startling time-lapse macro-cinematography to reveal hidden facets of the world around us.

Co-directed by the artist film-maker Tim Grabham (KanZeOn) and author and film critic Jasper Sharp, with an original soundtrack composed by celebrated musician and producer Jim O’Rourke (Sonic Youth, Grizzly Man), The Creeping Garden is a unique exploration into a hitherto untapped subject matter, immersing the viewer within the worlds of the observers and the observed.

Plus… First pressing only: Illustrated collector’s booklet containing writing on the film by Jasper Sharp 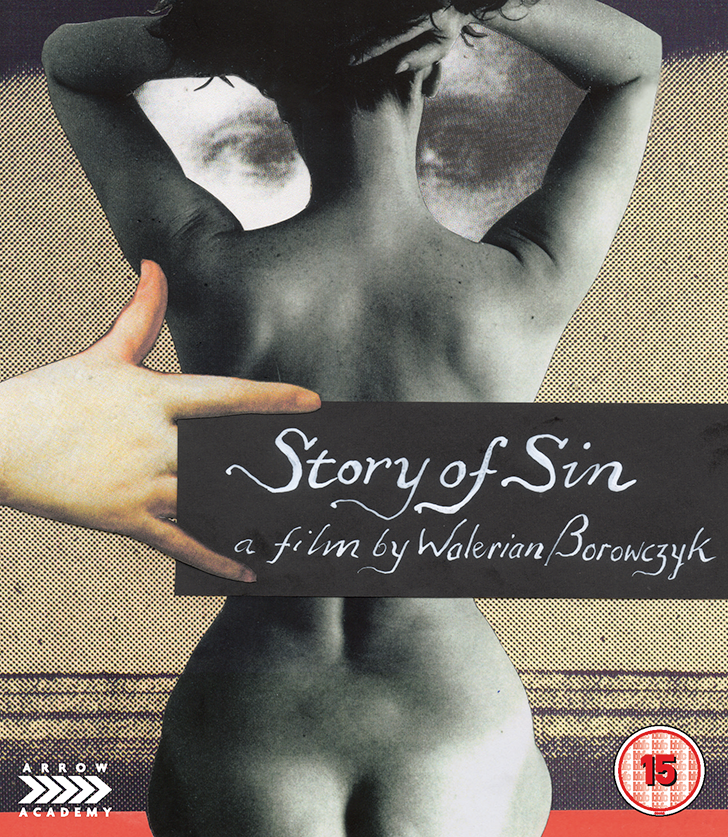 The life of a beautiful, young and pious woman is thrown into chaos when her parents takes in a dashingly handsome lodger. Having embarked on a torrid affair, the lodger goes off to Rome to seek a divorce from his estranged wife.

Unable to live apart from her beloved, our hero leaves home only to fall prey to the infatuations and lusts of a band of noble admirers, unsavoury criminals and utopian do-gooders…

The only feature Walerian Borowczyk (The Beast, The Strange Case of Dr Jekyll and Miss Osbourne) made in his native Poland, Story of Sin transforms Stefan Zeromski’s classic melodrama into a deliriously surrealistic meditation on l’amour fou.

First pressing only: Fully illustrated collector’s booklet featuring new and archival writing, including an exclusive interview with the producer of Story of Sin, director Stanislaw Rozewicz; a text by art historian and one-time Borowczyk collaborator, Szymon Bojko; and excerpts from Borowczyk’s memoirs presented in English for the first time. 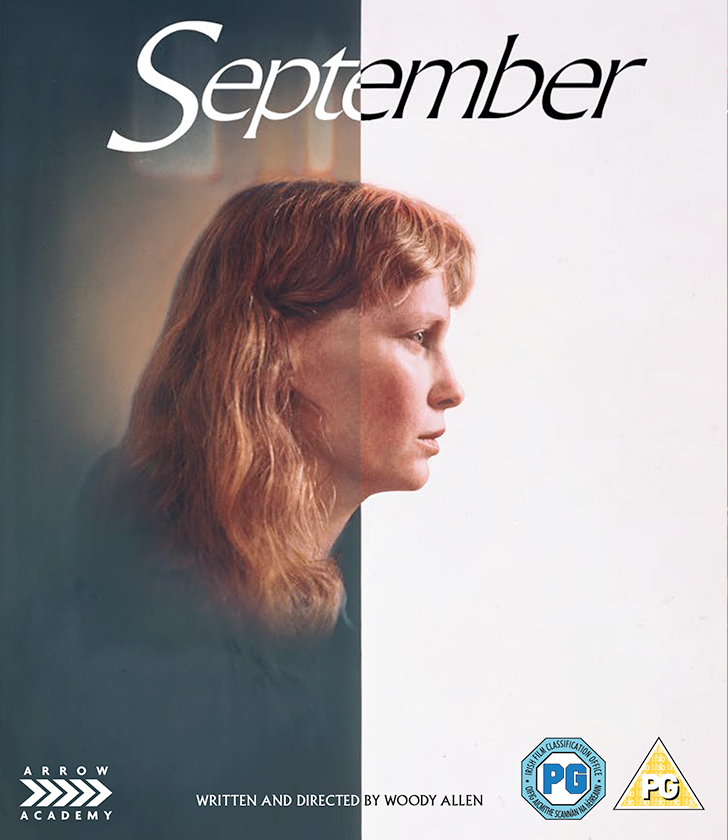 Inspired by the great chamber-plays of Anton Chekhov, Woody Allen’s sixteenth film returns to the territory of Interiors and Hannah and her Sisters in its focus on the lives and loves of a small group of characters.

There’s the emotionally fragile Lane (Mia Farrow), who’s returned to her childhood home in Vermont to recuperate, and have a summer romance with neighbouring writer Peter (Sam Waterston). But Peter seems more interested in her sister Stephanie (Dianne Wiest), while family friend Howard (Denholm Elliott) is nurturing an unrequited passion for Lane. Meanwhile, Lane and Stephanie’s overbearing mother (Elaine Stritch), currently on her third husband (Jack Warden) has an announcement to make that threatens to reveal a long-buried family secret…

A haunting, superbly constructed film which examines the intricate world of human emotions and the delicate threads that hold them together, September is beautifully acted by an all-star cast, with dialogue that rings painfully true in its understanding of the heart’s infinite mysteries, even if this isn’t necessarily recognised by those delivering it. 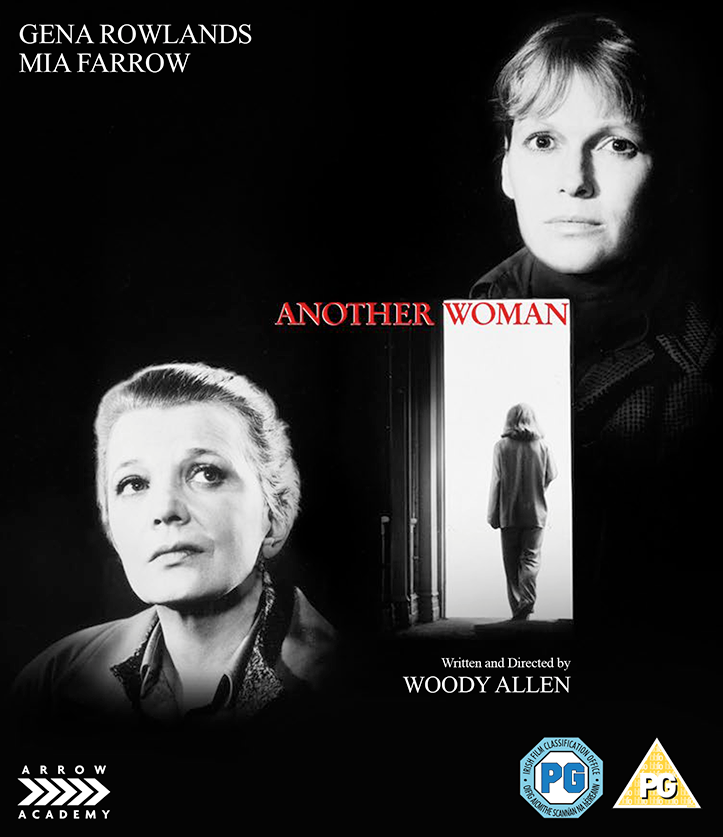 Middle-aged philosophy professor Marion Post (Gena Rowlands) would appear to have every advantage. After all, she has a rock-solid professional reputation, an equally secure marriage and enough spare cash to be able to rent a separate flat in which to write her latest book without interruption.

But she is interrupted, thanks to an accident of ventilation, by the therapy sessions going on in the psychiatrist’s office next door. Voyeuristically fascinated, Marion is particularly struck by the way that the unhappy experiences of his patient Hope (Mia Farrow) mirror her own, and realises that her life is nowhere near as materially and emotionally secure as she’s been pretending. And when she decides to rely less on her beloved logic and reason and open herself up to dreams, imagination and passion, the scene is set for a life-changing transformation.

Working for the first time with Ingmar Bergman’s great cinematographer Sven Nykvist, Woody Allen’s powerful and poignant film contains one of his most complex psychological portraits, fleshed out by a great American actress in what was sadly the only film they made together.