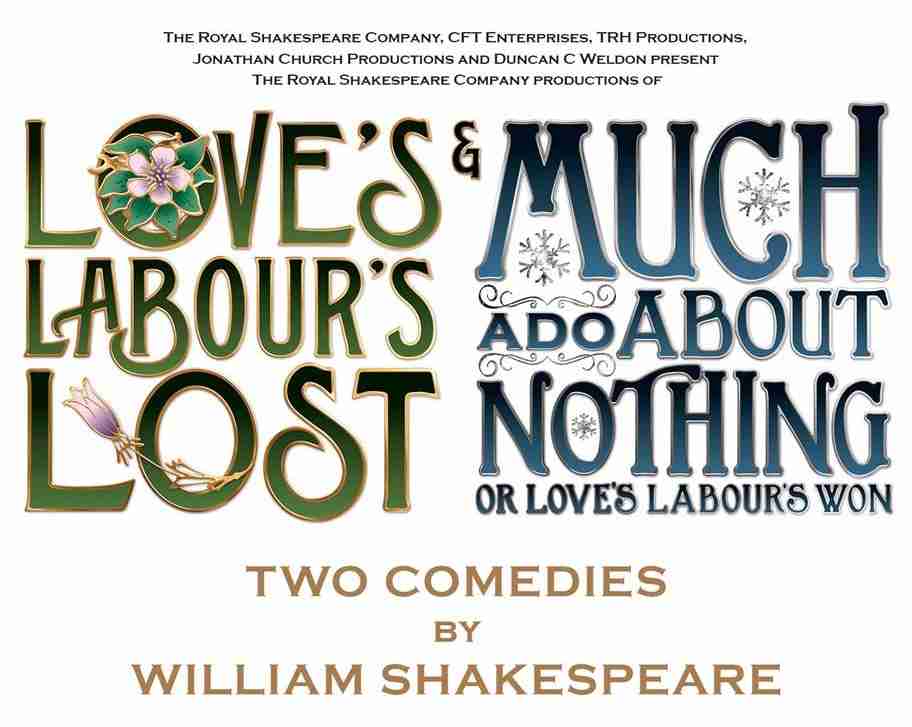 The Royal Shakespeare Company’s hugely acclaimed 2014 pairing of Love’s Labour’s Lost and Much Ado About Nothing arrives in Manchester this winter, direct from the Chichester Festival Theatre and ahead of a Christmas season in the West End.

The RSC productions, with dazzling country house designs by Simon Higlett and glorious music by Nigel Hess, are set either side of the First World War.

Love’s Labour’s Lost conjures up the carefree elegance of a pre-war Edwardian summer, while in post-war Much Ado About Nothing, the world has changed forever, with the roaring Twenties just around the corner.

Summer 1914. In order to dedicate themselves to a life of study, the King and his friends take an oath to avoid the company of women for three years.

No sooner have they made their idealistic pledge than the Princess of France and her ladies-in-waiting arrive, presenting the men with a severe test of their high-minded resolve.

Shakespeare’s sparkling comedy mischievously suggests that the study of the opposite sex is the highest of all academic endeavours.

Only at the end of the play is the merriment curtailed as the lovers agree to submit to a period apart, unaware that the world around them is about to be utterly transformed by the war to end all wars.

Much Ado About Nothing (or Love’s Labour’s Won)

Winter 1918. A group of soldiers returns from the trenches. The world-weary Benedick and his friend Claudio find themselves reacquainted with Beatrice and Hero.

As memories of conflict give way to a life of parties and masked balls, Claudio and Hero fall in love, while Benedick and Beatrice reignite their own, altogether more combative, courtship.

Shakespeare’s comic romance (possibly known in his lifetime as Love’s Labour’s Won) plays out amidst the brittle high spirits of a post-war house party, as youthful passions run riot, lovers are deceived and happiness is threatened – before peace ultimately wins out.

Lisa Dillon will play Rosaline in Love’s Labour’s Lost and Beatrice in Much Ado About Nothing.

Lisa recently starred as Moll in The Roaring Girl and as Katharina in The Taming of the Shrew, both at the RSC, and opposite Stephen Mangan as Lisa in Birthday at the Royal Court.

Her other theatre credits include A Flea in Her Ear and Design For Living (Old Vic), The Knot of the Heart (Almeida), Private Lives and Under The Blue Sky (West End). On television, she is best known for her role as Mary Smith in Cranford.

Edward Bennett reprises his roles as Berowne in Love’s Labour’s Lost and Benedick in Much Ado About Nothing.

Edward made his name when he took over the title role in Hamlet from David Tennant at the Novello Theatre in 2008.

His recent theatre credits include Photograph 51 with Nicole Kidman in the West End, and the National Theatre’s One Man, Two Guvnors on tour.

The full cast is as follows: