With Halloween 2016 just around the corner, we follow our Theatrical Round-up with a look at some of the best new home entertainment releases to grace the shelves over the recent weeks.

In 1963, director Herschell Gordon Lewis pulled a cow’s tongue out of an actress’ mouth on camera, and in doing so, changed the landscape of horror cinema forever. That sequence was just one of numerous gruesome gags featured in Blood Feast, the film credited as being the world s first gore movie. It’s no exaggeration to say that the modern gross-out movies of today owe their very existence to the pioneering efforts of H.G. Lewis.

But whilst Lewis is most widely celebrated for his blood-and-guts epics (Two Thousand Maniacs!, The Wizard of Gore et al.), there’s more to the prolific director than splatter. From tales of sordid photographers (Scum of the Earth) to sex robots (How to Make a Doll), from biker girl-gangs (She-Devils on Wheels) to youths-run-amok (Just for the Hell of It), and from psychic witches (Something Weird) to hard liquor-loving hillbillies (Moonshine Mountain), the filmography of H.G. Lewis reads like a veritable wish-list of exploitation movie madness.

Now, for the first time ever, Arrow Video is proud to present fourteen of the Godfather of Gore’s most essential films (including nine Blu-ray world debuts), collected together at last and packed full of eye-popping bonus content. So put your feet up, pour yourself a glass of good ol moonshine, and prepare yourself for a feast H.G. Lewis style! 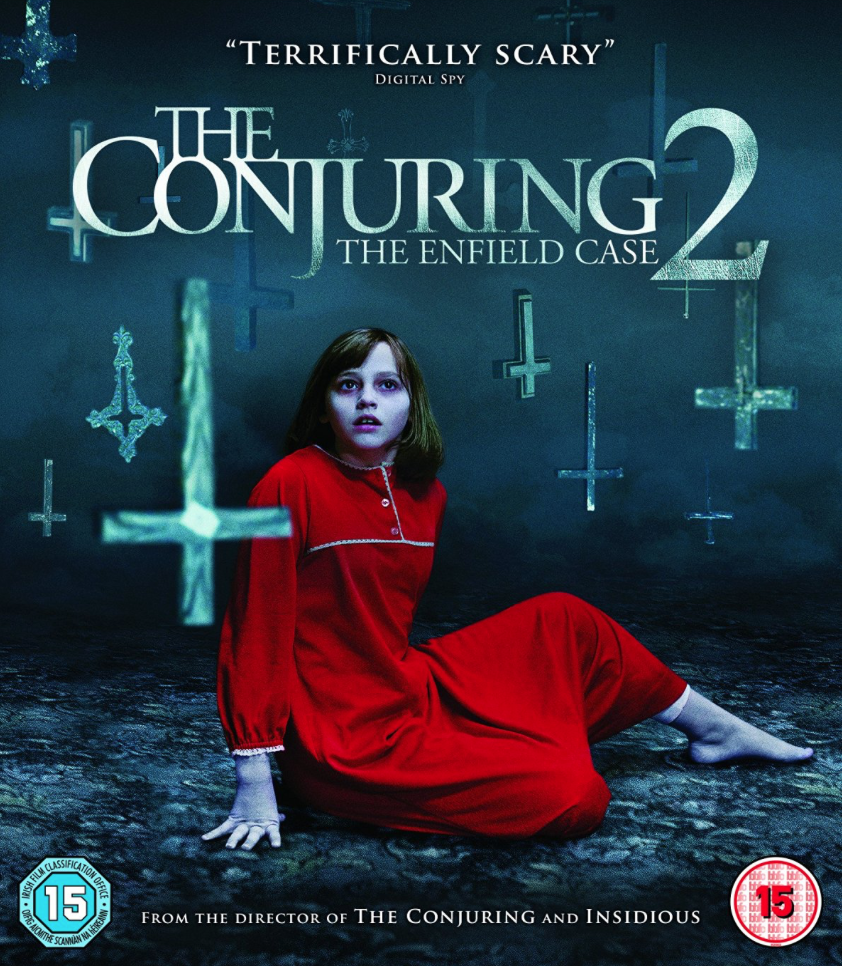 THE CONJURING 2: THE ENFIELD CASE

A Film By James Wan

Modern master of horror James Wan is back with a chilling new paranormal case to petrify audiences in THE CONJURING 2: THE ENFIELD CASE.

Reprising their roles, Oscar nominee Vera Farmiga (“Up In the Air,” TV’s “Bates Motel”) and Patrick Wilson (the “Insidious” films), star as Lorraine and Ed Warren, who, in one of their most terrifying paranormal investigations, travel to north London to help a single mother raising four children alone in a house plagued by malicious spirits. 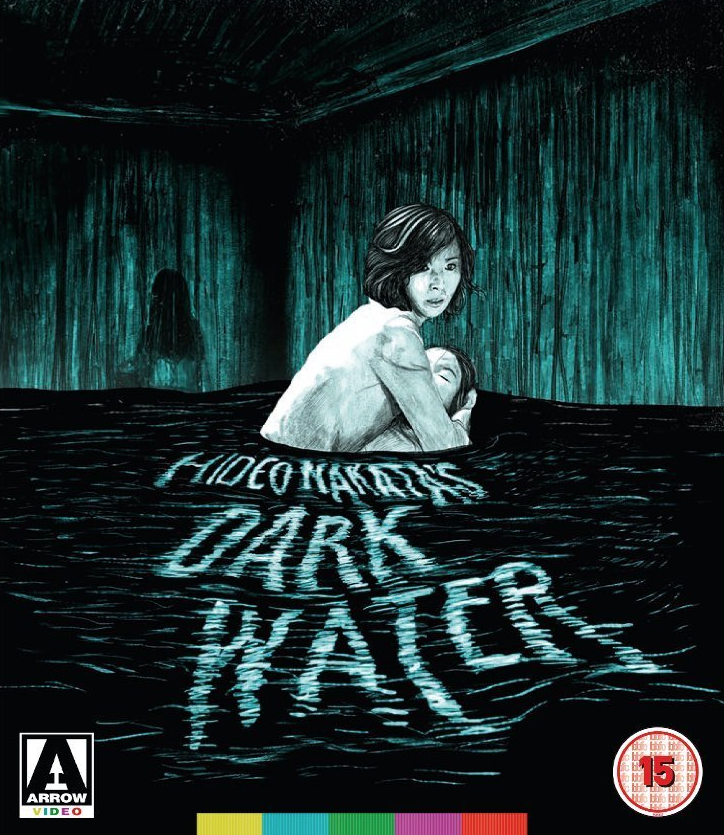 After terrifying audiences worldwide with the blockbuster J-horror classic Ring and its sequel, director Hideo Nakata returned to the genre for Dark Water, another highly atmospheric, and critically acclaimed, tale of the supernatural which took the common theme of the “dead wet girl” to new heights of suspense and drama.

Based upon on a short story by Ring author Koji Suzuki, Dark Water follows Yoshimi, a single mother struggling to win sole custody of her only child, Ikuko. When they move into a new home within a dilapidated and long-forgotten apartment complex, Yoshimi begins to experience startling visions and unexplainable sounds, calling her mental well-being into question, and endangering not only her custody of Ikuko, but perhaps their lives as well.

Beautifully shot by the same cinematographer as Ring and Pulse, and featuring an especially unnerving sound design, Dark Water successfully merges spine-tingling tension with a family’s heart-wrenching emotional struggle, creating one of the very finest and most unsettling contemporary Japanese horror films.

First pressing only: illustrated collector’s booklet containing new writing by David Kalat, author of J-Horror: The Definitive Guide to The Ring, The Grudge and Beyond, and an examination of the American remake by writer and editor Michael Gingold

A Film By Jacques Tourneur

The first of the horror films producer Val Lewton made for RKO Pictures redefined the genre by leaving its most frightening terrors to its audience’s imagination.

Simone Simon stars as a Serbian émigré in Manhattan who believes that, because of an ancient curse, any physical intimacy with the man she loves (Kent Smith) will turn her into a feline predator.

Lewton, a consummate producer-auteur who oversaw every aspect of his projects, found an ideal director in Jacques Tourneur, a chiaroscuro stylist adept at keeping viewers off-kilter with startling compositions and psychological innuendo.

Together, they eschewed the canned effects of earlier monster movies in favor of shocking with subtle shadows and creative audio cues.

One of the studio’s most successful movies of the 1940s, Cat People raised the creature feature to new heights of sophistication and mystery. 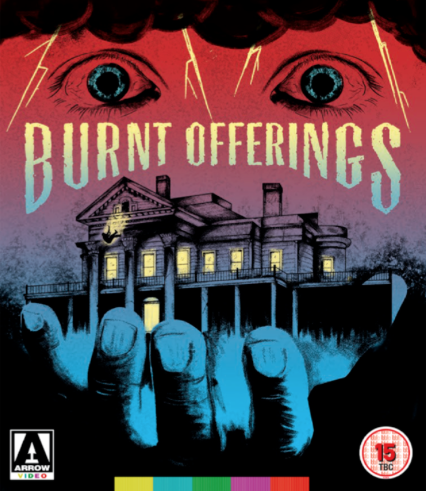 When college lecturer Ben Rolf (Oliver Reed, The Brood, The Devils) and his family rent a remote country mansion at a bargain price, they believe they’re in for an uneventful summer.

Little do they realise that they’ve just moved into a veritable house of horrors! As the malevolent force that dwells within its walls exerts its dark influence on the minds of its new inhabitants, and the sinister occurrences begin to mount up, it grows increasingly clear that this is a holiday they’ll never forget… provided any of them live to tell of it.

Also starring Karen Black (The Day of the Locust) and Bette Davis (Whatever Happened to Baby Jane?), Burnt Offerings provides a unique and chilling portrait of a modern family in meltdown. P 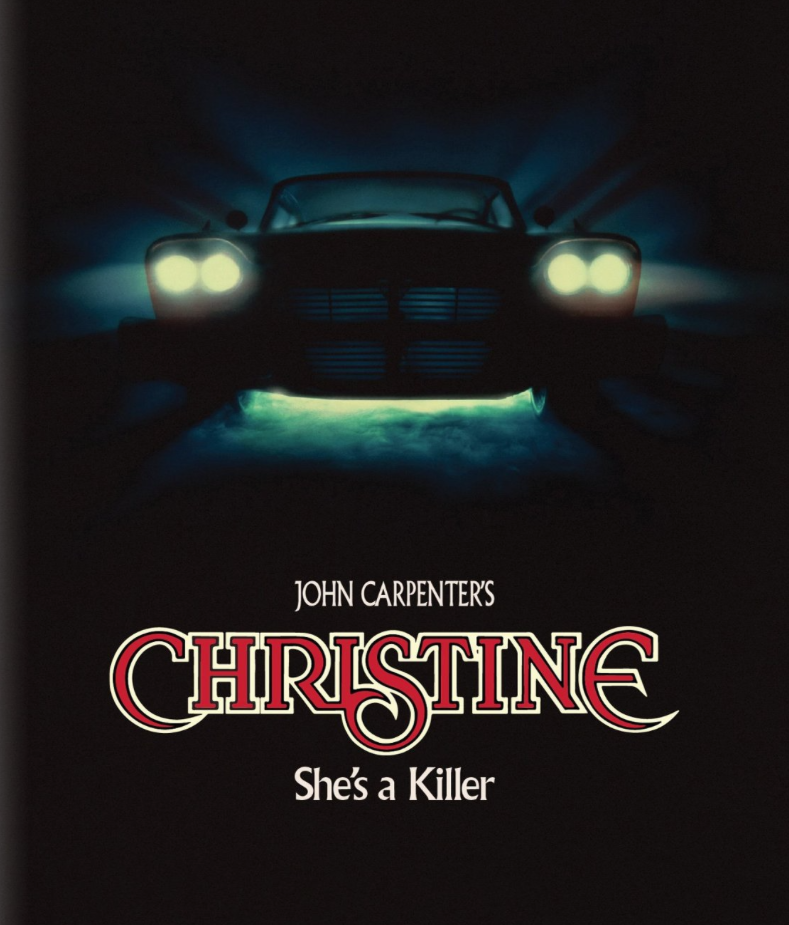 A Film By John Carpenter

She was born in Detroit … on an automobile assembly line. But she is no ordinary automobile. Deep within her chassis lives an unholy presence.

She is CHRISTINE a red and white 1958 Plymouth Fury whose unique standard equipment includes an evil, indestructible vengeance that will destroy anyone in her way.

She demands his complete and unquestioned devotion and when outsiders seek to interfere, they become the victims of Christine s horrifying wrath.

Get in touch and let us know what you think of our choices! We’d love to know what you’ve got planned for your Halloween viewing!