A Film By Abel Gance

Marking a new chapter in the history of one of the world’s greatest films, the release of Abel Gance’s Napoleon (1927) is the culmination of a project spanning 50 years.

Digitally restored by the BFI National Archive and Academy Award-winning film historian Kevin Brownlow, this cinematic triumph is available to experience on Blu-ray for the very first time.

Following the opening of Napoleon in cinemas UK-wide from 11 November 2016, it will then be released by the BFI on Blu-ray, on DVD, and on BFI Player on 21 November. 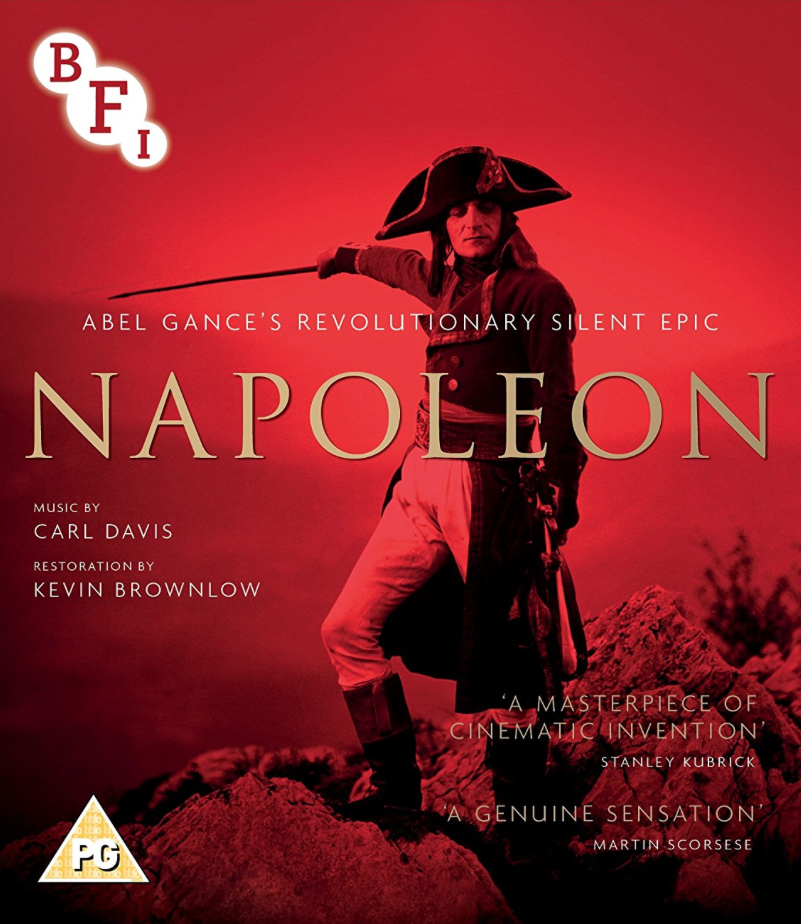 Originally conceived by Gance as the first of six films about Napoleon, this five-and-a-half-hour epic features full scale historical recreations of episodes from his personal and political life, that see Bonaparte overcome fierce rivals and political machinations to seal his imperial destiny.

Utilising a number of ground-breaking cinematic techniques, Napoleon is accompanied by Carl Davis’ monumental score (newly recorded in 7.1), and offers one of the most thrilling experiences in the entire the history of film.