One of world’s most visionary, celebrated and influential filmmakers, Andrei Tarkovsky made just seven features before his tragically early death at the age of 54.

Characterised by metaphysical and spiritual explorations of the human condition, each film is an artistic masterpiece of extraordinary visual beauty and stand as enduring classics of world cinema.

Screening from pristine new digital prints, the Russian auteur’s seven films will be showing at selected cinemas across the UK and Ireland from 20 May.

Accompanied by newly commissioned posters, trailers, essays and short films, as well as a series of talks and events taking place around the country, Sculpting Time will examine these classic titles through a contemporary lens, introducing new audiences to these timeless cinematic landmarks.

For more information on the screenings, and to book tickets, please Click Here. 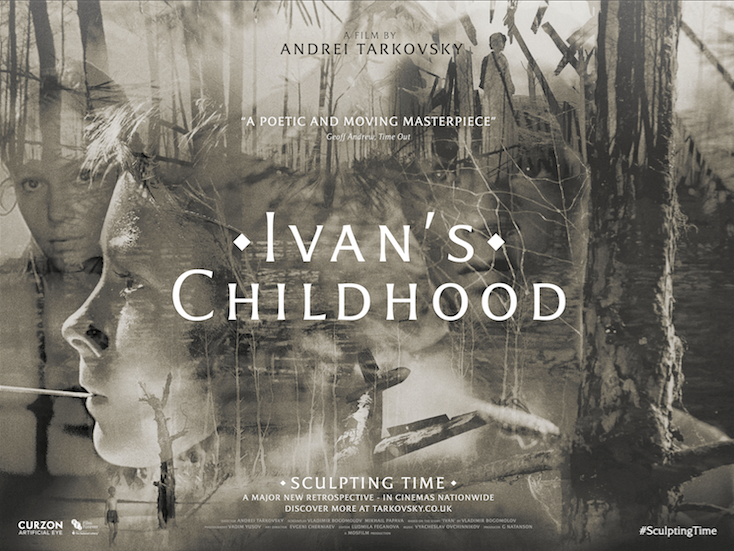 Determined to avenge his family’s death at the hands of the Nazis, 12-year-old Ivan joins a Russian partisan regiment as a scout, where he becomes indispensable for his ability to slip unnoticed through enemy lines.

But as his missions become increasingly dangerous, it is decided that he must be removed from the front line. Ivan resists and convinces his commanding officers to allow him to carry out one last expedition. 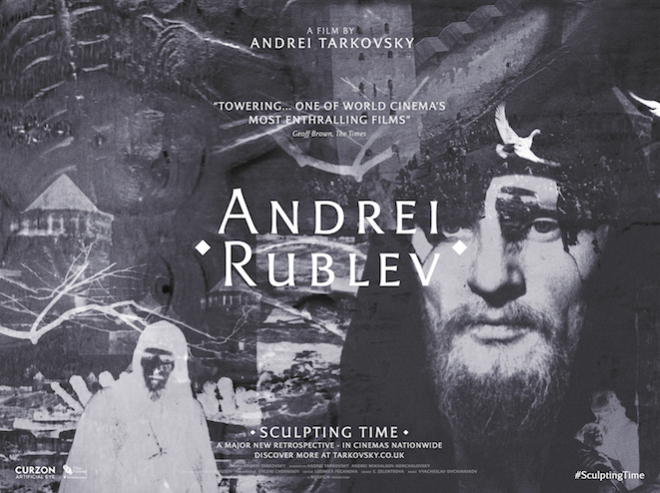 Widely regarded as Andrei Tarkovsky’s finest film, Andrei Rublev charts the life of the great icon painter through a turbulent period of 15th-century Russian history which was marked by endless fighting between rival Princes and Tatar invasions.

Made on an epic scale, it does not flinch from portraying the savagery of the time, from which, almost inexplicably, the serenity of Rublev’s art arose.

The great set pieces – the sack of Vladimir, the casting of the bell, the pagan ceremonies of St. John’s Night and the Russian crucifixion – are tours-de-force of visceral filmmaking. 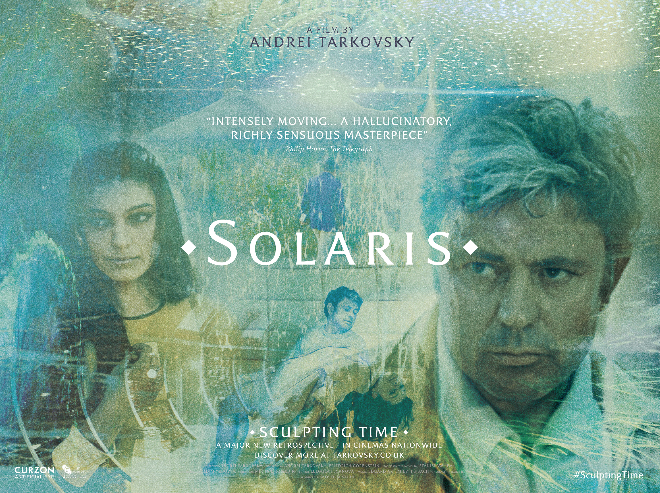 On a space station orbiting the ocean-covered planet Solaris, cosmonaut Kris Kelvin arrives to investigate a series of mysterious and bizarre occurrences among the crew.

What he discovers are supernatural phenomena that cause repressed and haunting memories to take on physical form, including that of Kelvin’s late wife.

Through her, Kelvin attempts to communicate with the forces responsible which appear to be emanating from the mysterious planet itself.

Director Andrei Tarkovsky transcends the normal conventions of the science fiction genre, resulting in a moving and unsettling vision of memory and humanity which has often been compared to Stanley Kubrick’s 2001: A Space Odyssey. 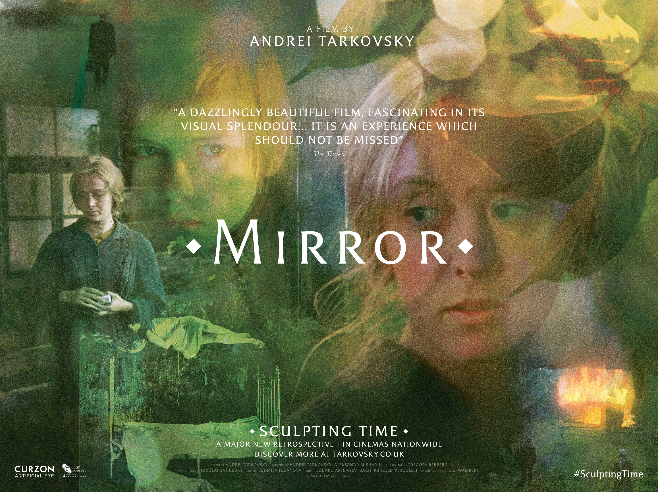 Mirror is the celebrated Russian director Andrei Tarkovsky’s most autobiographical work in which he reflects upon his own childhood and the destiny of the Russian people.

The film’s many layers intertwine real life and family relationships – Tarkovsky’s father, the poet Arseny Tarkovsky, reads his own poems on the soundtrack and Tarkovsky’s mother appears as herself – with memories of childhood, dreams and nightmares.

From the opening sequence of a boy being cured of a stammer by hypnotism, to a scene in a printing works which encapsulates the Stalinist era, Mirror has an extraordinary resonance and repays countless viewings. 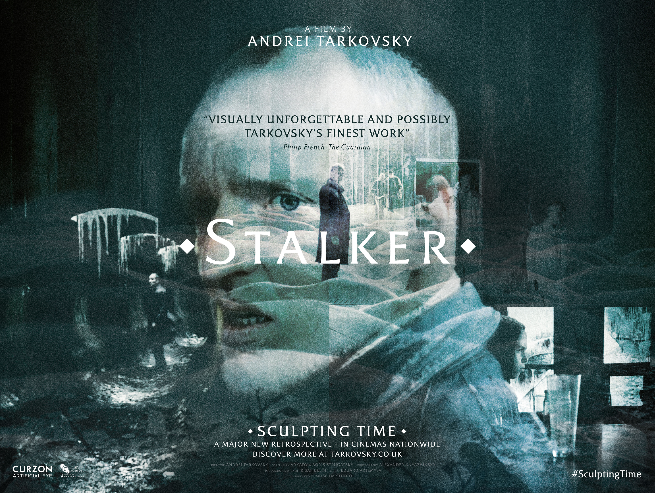 Deep within the Zone, a bleak and devastated forbidden landscape, lies a mysterious room with the power to grant the deepest wishes of those strong enough to make the hazardous journey there.

Desperate to reach it, a scientist and a writer approach the Stalker, one of the few able to navigate the Zone’s menacing terrain, and begin a dangerous trek into the unknown.

Adapted from Arkady & Boris Sturgatsky’s novel ‘Roadside Picnic’, Andrei Tarkovsky’s second foray into science fiction after Solaris is a surreal and disturbing vision of the future.

Hauntingly exploring man’s dreams and desires as well as the consequences of realising them, Stalker has been described as one of the greatest sci-fi films of all time. 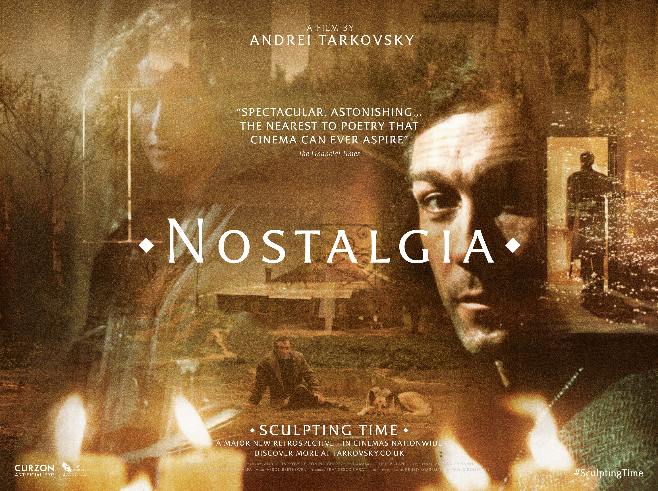 Andrei Tarkovsky’s unforgettably haunting film, his first to be made outside Russia, explores the melancholy of the expatriate through the film’s protagonist, Gorchakov, a Russian poet researching in Italy.

Arriving at a Tuscan village spa with Eugenia, his beautiful Italian interpreter, Gorchakov is visited by memories of Russia and of his wife and children, and he encounters the local mystic who sets him a challenging task.

Nostalgia is filled with a series of mysterious and extraordinary images, all of which coalesce into a miraculous whole in the film’s final shot. As in all Tarkovsky’s films, nature, the elements of fire and water, music, painting and poetry all play a major role. 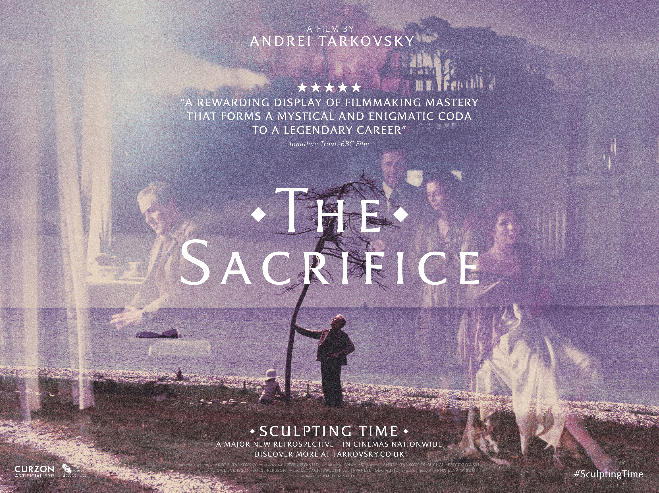 Andrei Tarkovsky’s visionary final film unfolds in the hours before a nuclear holocaust. Erland Josephson, in an award-winning role, plays retired actor Alexander who is celebrating his birthday with family and friends when a crackly TV announcement warns of an imminent nuclear catastrophe.

Alexander makes a promise to God that he will sacrifice all he holds dear, if the disaster can be averted.

The next day dawns and, as if in a dream, everything is restored to normality. But Alexander must keep his vow.

Among many other awards, The Sacrifice won the Cannes Grand Prix in 1986, the same year that Tarkovsky died of cancer in Paris at the age of 54.

For more information on the screenings, and to book tickets, please Click Here.