The Folio Society announces a new collector’s edition of DUNE‏

A new collector’s edition of DUNE

‘Dune seems to me unique among SF novels in the depth of characterization and the extraordinary detail of the world it creates.

I know nothing comparable to it except The Lord ofthe Rings’ 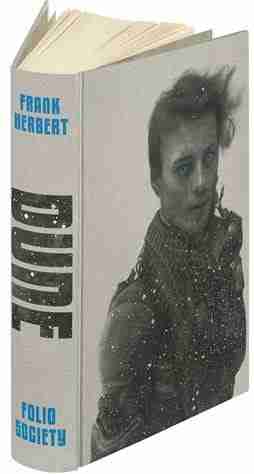 The Folio Society announces the publication of its much-anticipated edition of Frank Herbert’s classic science-fiction novel, Dune, illustrated by US artist Sam Weber.

Through a series of acutely detailed illustrations, Weber perfectly captures the intricacies of Herbert’s vision.

Arrakis, or Dune, is a planet of nothingness – its torched wastelands are home to a fierce nomadic people, and under the endless deserts stalk gargantuan sandworms the size of starships.

It is a place where water is sacred – ‘a substance more precious than all others’ – where to shed a tear is the most taboo of all sacrifices.

And yet the planet is also humanity’s sole source of ‘spice’, the mysterious, addictive substance that underpins the workings of the galaxy-wide Padishah Empire.

To control Arrakis is to control all. 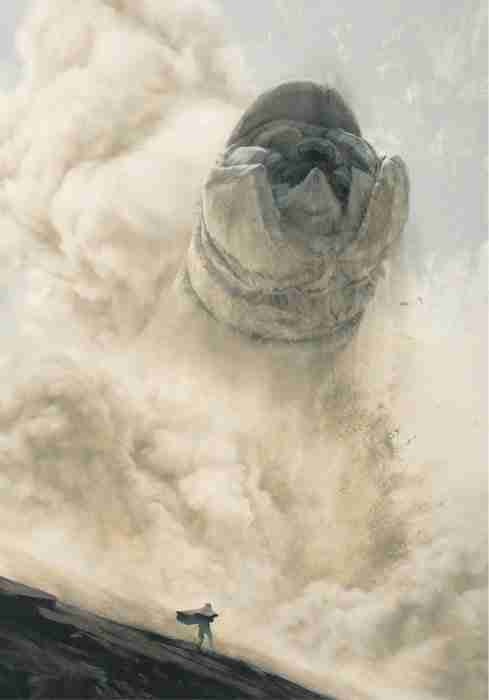 The far-future universe created by Herbert is nothing short of a phenomenon.

After the novel’s publication in 1965, it won both the Hugo and Nebula awards, going on to sell over 12 million copies, and spawning five sequels, as well as multiple board games, computer games, television series and feature films.

Also included is an illuminating afterword by Brian Herbert, son of the author, who has penned several best-selling novels that expand the Dune universe. 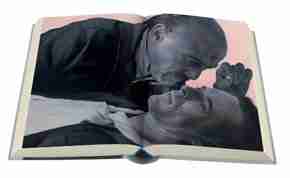 A limited edition poster of the striking cover image of Paul Atreides will accompany each book purchased from the initial print run.

Bound in metallic buckram, printed and blocked with a design by Sam Weber.

Set in Dante with Helvetica Neue and Black Tulip display.